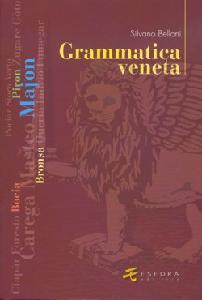 On Friday September 18th, 2009, Il Gazzettino asked Italian Agriculture Minister Luca Zaia his opinion on teaching Venetian in schools. The minister thought it was a good idea, although he made the embarassing statement that “Venetian is not a language because it does not have a grammar.” We interview John Peter Maher, professor of Linguistics at North-East Illinois University to get a professional point of view and help us understand.

PNV: Prof. Maher, a local Venetian newspaper asked Minister Zaia his opinion about teaching Venetian in schools. He was in favor, although he stated that Venetian is not to be considered a language. Do you agree?

Prof. Maher: I do not know Mr. Zaia, but his remarks indicate that he is exceeding his competence. He should not interfere in matters of language or schooling in language. The terms “language” and “dialect” do not signify different things. They merely emphasise one aspect or another of the same thing. The great scholars Uriel and Max Weinreich gave us the delicious answer: “A language is a dialect with an army and a navy.” Of course the Venetian Republic was a state with a government, a currency, a system of roads and sea routes. Venice had diplomatic relations with other states. Venice had an army and a navy.  Just as standard Italian is basically the dialect of Tuscany, Venetian dialect is a language.

PNV: The reason cited by Zaia is that Venetian does not have a grammar. Is this true? Do languages without a grammar exist?

Prof. Maher: Does Mr. Zaia mean a system, or does he mean a manual of the language code?  — “A language without a grammar” is a mere phrase,  nonsense phrase, like “an organism without body or genes”.

PNV: Is it a problem if Venetian has variants? Or should a language be homogeneous everywhere?

Prof. Maher: Every language has variations. Cicero discussed the kinds of Latin.

PNV:  Minister Zaia also stated that Goldoni did not write in Venetian. What did Goldoni write and speak?

Prof. Maher: Let’s ask Goldoni. Like every educated European of the time Goldoni knew Latin. He knew French as he worked in France. Here is what Goldoni himself said about his language:
Memoirs of Goldoni: In 2 Vols, Volume 1. By Carlo Goldoni: Chapter XIX

“I shall conclude this chapter with some observations on the Venetian dialect, which I used in the comedy of the Putta Onorata, [The Honorable Maiden] in several other plays.

The Venetian language is undoubtedly the mildest and most agreeable […] its pronunciation is clear, delicate, and easy, its words abundant and expressive, and its phrases harmonious and ingenious; and as the character of the Venetian nation is distinguished for gaiety, their language …

I endeavoured to give an idea of the energetic and brilliant style of my countrymen in the comedy of’ The Venetian Lawyer. This piece was well received, listened to, and relished everywhere, and was even translated into French. The success of my first Venetian plays encouraged me to compose others. …”

PNV: In your opinion, should a country also teach local languages, in this case Venetian?

Prof. Maher: This schooling is best done by teachers who know, not just the standard language,  but also know the local language, or who at least have a common-sense concept of these. The Veneto has many varieties of Venetian,  as well as Friulian, Ladin. The Val Canale had German language, too, before the Duce and the Fuehrer agreed to ethnically cleanse the Veneto Germans.

PNV: Should politicians make pronouncements about language and language teaching?

Prof. Maher: Gaius Asinius Pollio once rebuked Publius Livius for his “bad” Latin. “Patavinitas” – he called it – Padovanità. Pollio went down in history for his “asinitas”. Politicians should not meddle in subjects they do not know, politics, for example. Language is another. Politicians often give the impression that they are also incapable of running a country.