BREXIT WILL HELP THE INDEPENDENCE OF VENETO

Scotland, economic effects on Italy and Venetian crypto-currency are the triggering effects which will accelerate the path toward the Venetian Republic in case of Brexit. Busato: ”International investors will invest into North Adriatic area through the independence of Venice and Trieste”

[Koper – Capodistria, Slovenia – 2 June 2016] – If last week the Brexit hypothesis seemed to lose ground, just the other day a survey by The Guardian revealed an unexpected reverse of polling assumptions, with 52% of voters in favor of UK leaving the EU through the referendum fixed on 23 June in UK.

There are no doubts that such an event would bring significative consequences and a change of current equilibrium in many areas. For what concerns us the question is: which kind of effects would have the Brexit on our goal of Venetian full independence? Would it be helpful or not?

Plebiscito.eu’s opinion is that this new scenario would accelerate the path toward the Venetian independence. Here are the reasons for this outcome. END_OF_DOCUMENT_TOKEN_TO_BE_REPLACED

Jacopo Berti supports also the plan to obtain the international recognition of the new Venetian Republic.

[Venice, 29th of May 2015] – Yesterday at 06.00 pm in Padua, Mr. Jacopo Berti, candidate for becoming governor of Veneto with Beppe Grillo’s 5 Stars Movement and Mr. Gianluca Busato, president of Plebiscito.eu, signed the historical agreement protocol on the referendum for independence of Veneto, freely held from the 16th to 21st of March 2014. END_OF_DOCUMENT_TOKEN_TO_BE_REPLACED 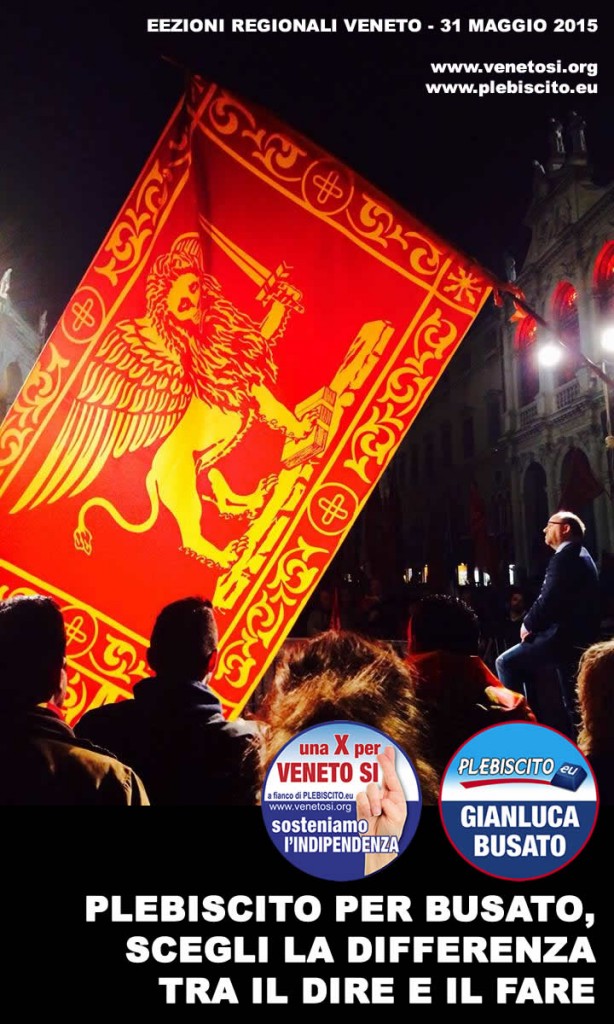