South Tyrol’s independence from Italy is just and sacrosanct 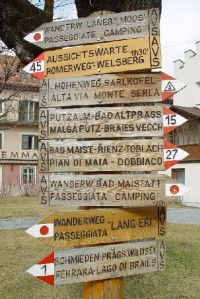 In this hot summer there are shameful episodes that are giving proof of Italy’s intollerant nature.
Unfortunately this country burdened by an extreme economic, financial and moral crisis – probably to hide its own decline and incapacity to stay unified – is starting a sort of aggressive politics against one of its ethnic minorities historically present in its territories which have been subject to italian military invasion, but that culturally they have always been foreign.
Today we hear these absurd, unmotivated, pretestuous and despicable words by an obscure and insignificant minister of the Roman government, that paradoxically should have the responsibility of regional affairs, one of many that take care aimlessly of this pseudo federalism. We say ‘should’, because there is nothing of certain of the duties assigned by Italian governments. This Mr. Fitto today has blasted that “in South Tyrol, the 36 thousand signs in the mountains that are written in german language must disappear.” In 60 days. And if this will not be done by Bozen’s province, it will be Rome doing it. By the way, these signs are made by local non-profit organizations and not by the public administration.
This words of an unreasonable and unusual violance gives shivers and remind us of those of 80-90 years ago of cavaliere Benito Mussolini that applied himself so hard to force italianization of South Tyrol.
END_OF_DOCUMENT_TOKEN_TO_BE_REPLACED